I had an interesting question posed to me by an apprentice at school the other night. He was at a cross roads that many of us have been at least sometime in our career, if you have not than believe me you will. The superintendent has asking, well more like depending that he do work that was not part of his contract. The young apprentice is actually very sharp and respectful which is why he is in charge at a young age. Sometimes when those in charge see a younger person one of the not so good skills are used called intimidation. This often comes in the form of threats or other verbal abuses. The person that is in charge of his small job often feels intimidated or even unqualified for the job. And feels that if he does not perform the work he is not obeying authority. Yes it is a tough call and sometimes it is very hard to stand up for what is right because of fear that this other person though he does not sign your pay check is good friends with your boss and could cost you your job. I want to share a story of a very similar incident that happen to me at a young age. I too was put in charge of a small job when I was only 26 years old. It was a 80 thousand dollar job and yes I was a bit nervous I was foreman and we were subs on a much larger contract. My actual boss was one of those types who was very hard to please and as I look back not a very good teacher. The superintendent on the whole job was best friends with my boss.  There was a lot of stress to keep our part of the work as the budget was low so though there should have been about 15 people on the job we only had 6 so obviously I laid out work for the guys and also carried my tools, dealt with issues and stressed over the schedule. Many times the Super on the job would bypass me and talk with my guys and give them tasks that were not even related to the work we were doing let alone the contract. I was getting very frustrated as it seemed that none of the older more experience people in charge listen to a word I said. I asked one of the other project managers I knew at the time that I felt sfae confiding in and he gave me simple yet great advice.  He simply said Dave you are in a bind but here is something you can learn that will help you always grow. You have to always resect authority and those that make the rules. Whatever position you are in you can make some rules but not all the rule you always have someone above you. I agreed and said so what is the solution I have two differ bosses with two different rules. He stated that no you have one boss and no matter good or bad you must follow his rules unless they violate ethics or safety. You may not like them but you must always follow. Here is where the advice comes in. When you can make the rules always make sure your rules are fair. When you can’t make the rules always make sure you fully understand the rules to the game as yes they can change. When you do not agree than ask the question one time to make sure you are clear and then make the statement that you will follow to a tee but you may not like those rules. Powerful words but it puts the heavy load where it belongs I tried that an believe it or not my job wen much smother. As for the other super that tried to run the job. I simply stood up to him an explained the rules laid down from my boss and what you are asking me or my crew to do is not in the contract, if you have issues take it up with him. Boy did that take a load off of me. I was not nearly as stressed because of someone else. So remember do not take on some else’s stress, they are not your issues. Understand the rules to the game and remember the person making the rules may not like the results but that is his/her issue not yours. So yes we should follow Authority but you also do not have to shoulder all the stress for those that cannot handle authority. When you are put in authority always remember respect is something earned you cannot demand it. Let me know you thoughts or your experiences. Send you questions to dave@surgingforward.com 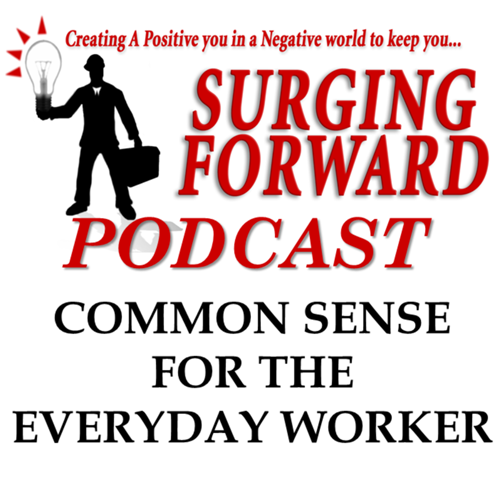